How the Biden Tax Plan Would Work 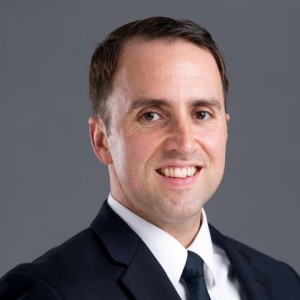 Democratic presidential candidate Joe Biden is proposing sweeping changes to the tax code. The Biden Tax Plan would work to undo many of the Republican-backed tax cuts that were signed into law in 2017 as part of the Tax Cuts and Jobs Act (TCJA). This will result in higher taxes for many Americans and will also spur the need for some to update their financial strategy and tax planning. This will all be talk until November 3rd but having a basic understanding of what could be coming down the pipeline is important. We outline what you need to know in this article.

The high points of the tax plan look something like this:

The Biden tax plan would change the top marginal income tax bracket from 37% to 39.6%. This isn’t so much of a change as it is a reversion to the Obama era individual tax rates. The current 37% rate was set to expire in 2025 anyway. The Tax Foundation laid out the estimated top marginal bracket in every state under the proposed Biden program:

Capital gains would undergo some significant changes under the Biden tax plan as well. Long-term capital gains and ordinary dividends would be taxed at the top marginal income tax bracket of 39.6% for those earning over $1,000,000. The 3.8% surtax on net investment income would also remain in place. Boom! This would ensnare a small fraction of taxpayers in any given year but would just about double the current rate for those who do fall into this bucket.

The social security payroll tax would also go up on the wealthiest Americans. The tax is currently capped at $137,000 of income. Anything earned above that isn’t subject to the tax. The Biden tax plan would loop the 6.2% tax back in for those making $400,000+. (Note that the 6.2% is just what the individual pays. The businesses that employ these highly compensated individuals pay the other 6.2%). This would amount to a “donut hole” in payroll taxes between $137,000 and $400,000 of income.

In the fun for everyone category, the Biden tax plan would reestablish the First Time Homebuyer credit (up to $15,000) and would expand the Child and Dependent Care Tax Credit from $3,000 to $8,000 (capped at $16,000 for multiple dependents).

The Biden tax plan also calls for an elimination of the step-up in basis rules that currently apply to inherited assets (not including retirement accounts – that’s a separate set of rules). Right now, if grandma buys something in 2020 for $20 and dies when its worth $25, that asset would pass on to the next generation with a basis of $25. The grandkids would pay no tax if they turned around and immediately sold the asset for $25. Under the new rules the grandkids won’t inherit the asset at the $25 stepped up basis. They would take on grandma’s original basis of $20. They would owe tax on $5 of gains if they turned around and sold the asset.

This may not seem like much, but it can be a big deal. Think about an old stock account that has doubled three or four times and is now worth millions. A house bought 40 years ago might fit the same bill. This change will be the difference in literal millions to some folks.

Additionally, the estate tax exemption would be cut in half from $11.58m to $5.79m. This is another reversion to the Obama era tax rules and one that would have come about in 2025 when TCJA provisions expired.

Corporate taxes would also go up under Biden from 22% to 28%. There are additional proposals to establish a minimum 15% tax on book income and increase taxes on international profits. Book income is the amount that corporations report on their financial statements to shareholders. This would only impact large companies with $100m or more in income.

The additional tax on foreign profits could be a game changer. Prior to COVID, about 43% of all sales from the companies comprising the S&P 500 were generated overseas.

Moreover, the Biden plan would eliminate the Qualified Business Income (QBI) deduction for pass-through business owners with up to $400,000 in income. This effectively increases the rate for high earners by 10% (29.6% for those currently eligible for the QBI deduction to the new 39.6% top rate!)

A New Dawn for Retirement Planning

The Biden tax plan is a little hazy on some key details for what he wants to do with retirement accounts. The changes proposed are intended to provide a bigger tax incentive for lower income workers to save. This probably means less of an incentive for higher income earners, but this isn’t clear yet.

The current system provides a deduction for any amount contributed to a workplace retirement plan so long as it doesn’t exceed the annual limit. ($19,500 plus another $6,500 for those over age 50). Biden’s plan would replace this with a flat refundable tax credit anticipated to be about 26%. Taxpayers in brackets lower than 26% would see a greater incentive to save while those over 26% would see less of a benefit.

Businesses would also be incentivized to implement workplace retirement savings plans. Details on what these incentives might be are scant at the moment.

Green stuff gets money too

Several renewable energy tax credits would get a bump. Carbon capture, use, and storage would receive expanded credits, as would residential energy improvements. The Energy Investment Tax Credit and Electric Vehicle Tax Credit would be restored. Fossil fuels would no longer be subsidized.

Carbon capture, use, and storage is prohibitively expensive. The credits would need to be impressive to make this viable, particularly given the low current crude price and margin pressures producers are facing.

Biden’s plan does not include the repeal of the State and Local Tax (SALT) deduction cap, which has been a rallying cry from several leading congressional Democrats. The Biden campaign has suggested that the SALT cap would be repealed but no policy proposal currently supports that. The fate of the SALT cap may ultimately come down to horse trading in the House and Senate.

What this means for the economy

Taxes are not usually accretive to economic growth. Most analyses reflect this. The Tax Foundation provided the lovely table below with their best guess on what the Biden plan would mean economically:

Taxes are just one part of the equation. What’s done with the revenue matters too. Biden intends to spend on things like education, infrastructure, and healthcare. The four think tanks we’ve cited in this article didn’t look at things like that, but ratings agency Moody’s did. They concluded that GDP might grow at 2.9%/year from 2020 to 2030 should Biden get the White House and a democratic congress. This compares to the 2.4% forecast under the current Trump plan and a republican legislature.

What this means for the National Purse

The Tax Foundation estimates that Biden’s plan would add about $3.05 trillion to revenues between 2021 and 2030 relative to current law. Corporate tax changes are the biggest factor in this and account for about 51% of the increased revenue. These projections are the midpoint. Other estimates from the American Enterprise Institute, Tax Policy Center, and the Wharton School of the University of Pennsylvania pin revenues to somewhere around $2.4tr to $3.4tr over the next decade.

The Distributional impact of the plan

The Biden tax plan makes the tax code more progressive. There are different estimates on just what the tax plan will do for high income earners. A report from the Urban-Brookings Tax Policy Center put the figure at about a 15.9% reduction in after-tax income for the top 1%. The Tax Foundation came in with a more conservative 9.9% decrease in after-tax income for the top 1%.

The bottom quintile would benefit the most from these changes. The bulk would see their after-tax income increase in large part due to the expanded Child Tax Credit. However, that credit would expire in 2026. After-tax incomes across all quintiles would then be lower upon expiration.

What you need to do right now

Sit tight! A Biden victory isn’t guaranteed, and neither are these changes. Any legislation will have to pass the House and Senate. Alterations to the current plan are bound to take place in the legislative process. Moreover, we’re still in the fragile stages of an economic recovery. Law makers will be reluctant to implement a tax hike that could jeopardize a nascent recovery. The tax plan may come in the latter half of Biden’s term as opposed to a day one agenda item.

That said, if the White House does flip in November there are a few actions you may want to consider. Explore accelerating income and deductions into the current year if you make more than $400,000 a year. Tax rates may be higher and the number and size of deductions lower in the future. Alternatively, consider Roth conversion now to forgo the 26% credit in the near term in favor of tax-free growth and distributions in the long-term.

Life insurance may be worth a second look as well. The elimination of the step up on basis rules means inheritors will face hefty tax consequences. Life insurance can provide immediate liquidity and help defray the increased tax burden. A structured lifetime gifting strategy may also be a good way to mitigate taxes. Grantor Retained Annuity Trusts (GRATs), Charitable Lead Annuity Trusts (CLATs), and Intentionally Defective Grantor Trusts (IDGTs) may all come back in vogue as well with the reduced estate tax exemption.

The Biden tax plan amounts to a tax increase for most Americans over the long haul. More taxes lead to fewer dollars circulating around the economy. It therefore matters a great deal what candidate Biden does with these dollars. Intelligent investment could lead to greater economic growth and an overall wealthier nation – an outcome highlighted in the Moody’s report. But mismanagement could be ghastly. This author is reminded of Japan’s “bridges to nowhere” and failed spending initiatives that led to 70% of the nation’s coastline being covered in concrete. 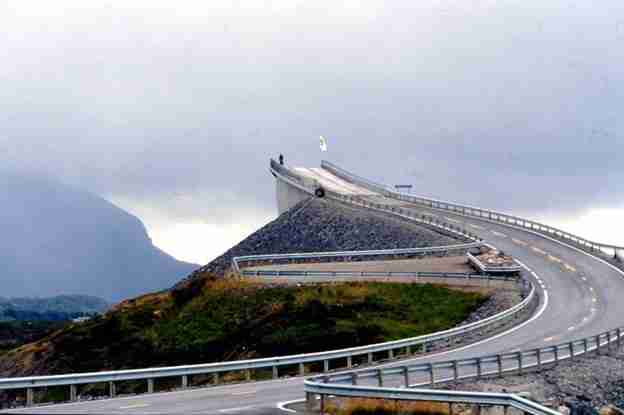 The final provisions of the bill are far from known, but the proposal calls for increases across the board. Your plan may need an update should the administration change following the election results. We stand ready to help.