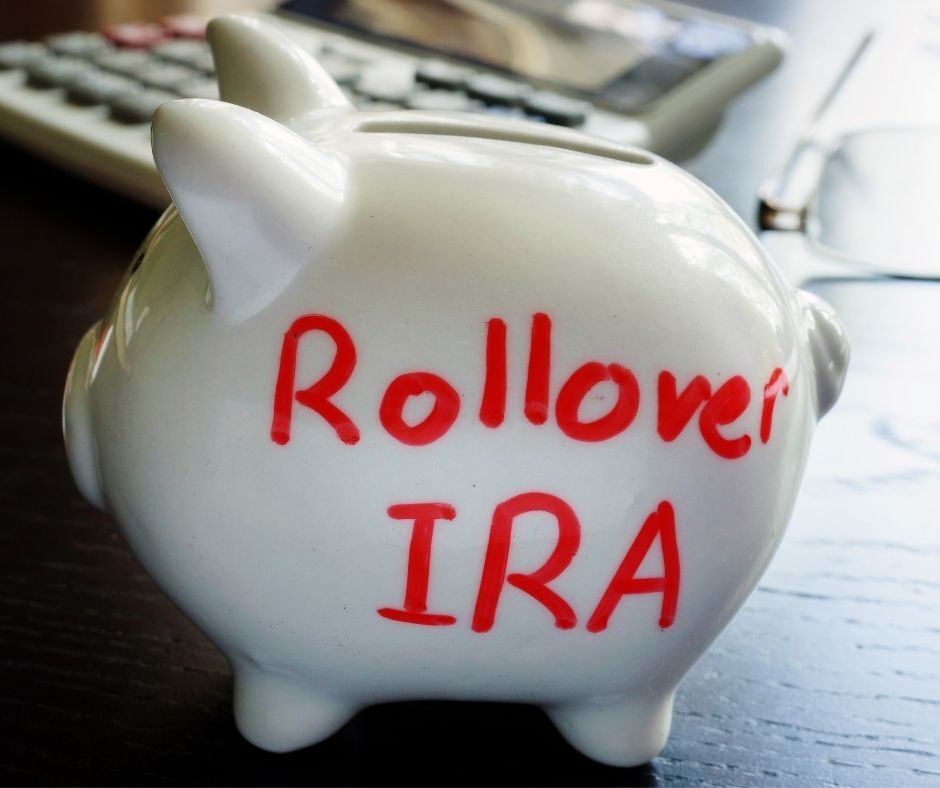 You probably have several retirement accounts. It’s common. But you may start to think about consolidating some of those accounts as you approach retirement. The simplicity in managing fewer accounts is hard to ignore. This means consolidation – and the 60 day rollover rule.

Indirect transfers have several rules that get people tripped up, including the 60 day IRA rollover rule. We’ll break down all the rules and how to do these indirect transfer transactions correctly in the article below.

Note – rollovers occur from retirement plans. Transfers occur from IRA to IRA. We use these terms interchangeably for the sake of brevity. Don’t hold it against us.

What is the 60 day IRA rollover rule?

Once money comes out of a retirement account – be it a 401k, 403(b), IRA, SEP, SIMPLE, or even a Roth IRA – you have 60 days to get that money into another retirement account. It’s considered a distribution if money doesn’t make it to the new account within that window. Distributions are subject to tax and potentially an early distribution penalty (10%) as well if certain criteria aren’t met.

You need to be at least 59.5 years old, permanently disabled, or have unreimbursed medical expenses greater than 10% of adjusted gross income to avoid the 10% early withdrawal penalty. There are a few other situations where you can avoid the penalty as well. The full list can be found here.

Distributions from qualified plans like a 401(k) are required to withhold 20% of whatever is distributed for Federal taxes. This rule applies only to qualified plans but not IRAs. Transfers from IRA to IRA won’t get ensnared in the awfulness I’m about to outline below.

Importantly, that 20% withholding amount won’t be withheld if you complete a direct rollover. Why? Because the government knows the end destination of those funds. It’s going to another retirement account. It isn’t going to you to be spent.

This is incredibly important in context of the 60 day IRA rollover rule. With an indirect rollover you are effectively getting 80% of whatever was distributed from that qualified plan. But 100% of the distribution must be redeposited to avoid taxes and penalties! This means you need to have some additional cash on the sideline to avoid getting hit with taxes and penalties.

Consider the case of Mark, who takes a $10,000 distribution from his 401(k) to cover a medical bill. He receives $8,000 net after 20% is withheld for taxes as required by law. Mark then gets a windfall when his gofundme page comes through with extra money. He is still within the 60 day window and decides to roll the money he took from his 401(k) back into an IRA. He will have to roll the $10,000 gross distribution into his IRA to avoid taxes and penalties despite only receiving $8,000.

Penalties may apply though. If he is under age 59.5 or those unreimbursed medical bills end up being less than 10% of his adjusted gross income, then he’ll owe another 10% in penalties on that $2,000 that didn’t make it back into the IRA. Those penalties will be applied at tax time and will total $200.

The mechanics of an indirect rollover

These tend to be straightforward transactions to complete. Call the custodian that is holding your IRA or 401(k) and tell them to send you a check. The day they cut the check is the day the clock starts on that 60 day IRA rollover window.

Make sure you get a tracking number on the package coming with your check. Regular mail isn’t advised. Better yet, link your bank account to your IRA (or 401k if allowed) and do an electronic transfer. Skip the hassle of the mail.

Since the funds you are depositing into the new retirement account are coming from a bank account, the new custodian will likely require you to complete a form or statement verifying that the funds being deposited came from an eligible retirement account. You’re set to go with that form and the funds in your account.

Just once and only once!

Indirect rollovers may seem like a great choice to help with a short-term cash crunch. It can help float your accounts until a big commission check arrives, for example. But using these accounts like a short-term line of credit isn’t what the IRS intended. For this reason, only one indirect rollover is allowed per year!

The second indirect rollover you attempt for the year will be treated only as a taxable distribution. You will not be eligible to roll those funds back into another retirement account.

We mentioned there being a small clerical difference between transfers and rollovers earlier. Direct rollovers move funds between two retirement accounts without funds ever being in your custody. Funds are moved trustee to trustee. These types of rollovers can be done as many times as you’d like in any give year (no cap!) and do not have any kind of time limit. They are not taxable, but they do generate a 1099-R tax reporting form. You’ll see either a ‘G’ or an ‘H’ in box 7 of that form to indicate a non-taxable rollover.

Direct transfers also move funds from trustee to trustee without you taking custody, but transfers happen exclusively between like accounts (i.e. IRA to IRA or Roth to Roth. They can also happen 401k to 401k if those plans are maintained by the same employer). Transfers are also not taxable events but they do not generate a 1099-R tax reporting form! Similarly, the firm receiving the money should not issue Form 5498 for an IRA contribution.

Indirect transfers and indirect rollovers will always generate tax reporting forms (a form 1099R and form 5498). Its up to you to correctly report the indirect rollover on your taxes to avoid an unnecessary tax bill.