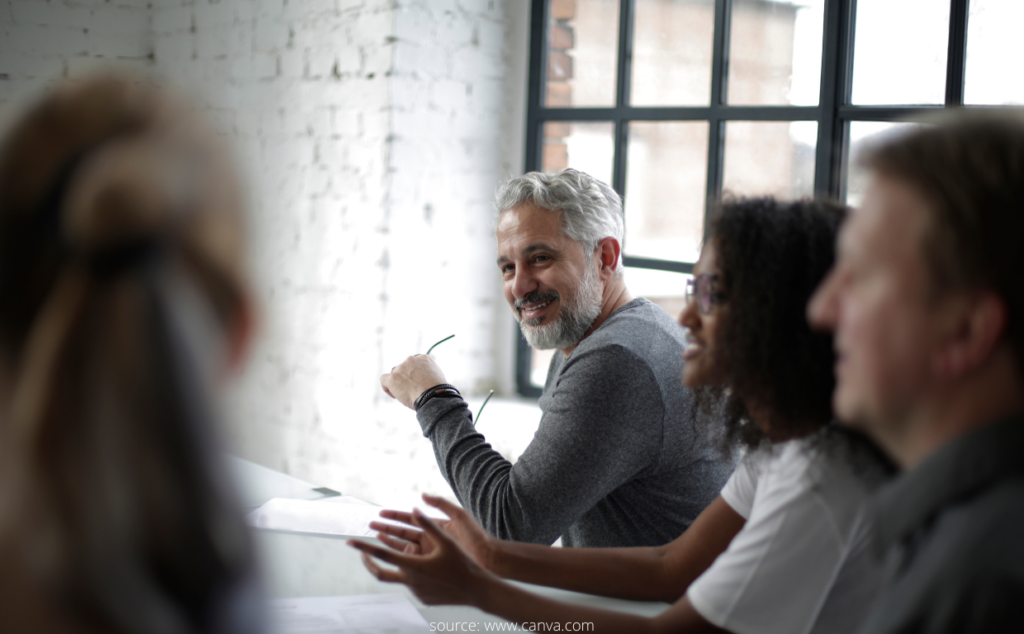 Retirement accounts like IRAs, Roths, and 401(k)s offer incredible tax benefits. But those benefits come with strings attached. You cannot generally take money out of a retirement account prior to age 59½ without incurring a penalty, though there are exceptions. Congress recognized that not everyone would retire in their 60s when they created this legislation and left in a few workarounds. The age 55 rule for 401ks can be a lifeline if you’re considering an ‘early’ retirement.

The 401k age 55 rule for 401ks allows individuals who leave their job for any reason at age 55 or later to take penalty-free distributions from their most recent employer’s retirement plan. There are a few things to note about this. First and foremost, only the 10% early distribution penalty is waived. Taxes still apply to any and all amounts withdrawn.

The rule also applies to 403(b)s as well. But IRA based plans like SEP and SIMPLE IRAs don’t qualify. They follow a different rule under IRC Section 72(t)(2)(A)(iv) for substantially equal periodic payments to skirt early distribution penalties.

It’s the year that matters, not the day

Time is marked in years with the 401k age 55 rule. This means its timing the exception to the year in which you turn 55 and not to the actual day. The IRS doesn’t get that granular. You could retire on January 31st at age 54, take your first distribution on February 1st, and turn 55 on September 1st. You would qualify and avoid the early withdrawal penalty because you turned 55 in the year the distribution occurred.

Approach rollovers with caution. Remember, IRAs of any stripe are not eligible for the 401k age 55 rule. But you can make a distribution from your 401k before rolling it to an IRA. We see this frequently in our office when the participant is close to age 59½. A one-time distribution is made subject to the age 55 rule to get them through the next however many months of expenses followed by a rollover to an IRA.

It isn’t the end of the world if you don’t get this part quite right. You can still distribute early from an IRA under rule 72(t) mentioned earlier, but you lose the ability to make flexible withdrawals when you do that. The age 55 rule is generally preferrable.

Mismanaging a rollover out of a plan can cause some headaches, but so can failing to roll money into a plan! The age 55 rule for 401ks applies only to your most recent employer’s plan. You may not have enough money in that plan if you only worked there for a couple of years. You may need to roll an outside IRA or old 401k into your current plan before separating from service.

But this can only be done while you’re still working. Plans are technically allowed to accept rollovers from former employees but almost none of them do. It just increases plan costs and administrative liabilities. Its best to get your ducks in a row before leaving that employer.

Not all 401ks are identical. The IRS provides rules and guidelines to cover the basic functioning of plans, but employers can go beyond this. The flexibility of these plans creates some confusion about how the rules are applied. The age 55 rule for 401ks is not an optional rule. If you qualify for it your plan must offer it.

Some other authors on well known sites have written that your plan may not offer an age 55 exception. That’s just plain wrong. What it may not offer is an in-service distribution option prior to age 59.5. But that is an entirely separate rule. The IRS clearly states in Tax Topic No. 558 that the 10% early withdrawal doesn’t apply to “Distributions made to you after you separated from service with your employer if the separation occurred in or after the year you reached age 55.”

Unexpected hiccups to getting it done right

Distributions from 401k plans are subject to a mandatory 20% withholding for Federal income tax. IRAs don’t have any withholding requirements. This makes them attractive rollover destinations. But as we noted above, IRAs aren’t eligible for the age 55 rule for 401ks and managing a rollover incorrectly can bust your strategy.

The mandatory withholding can force you to withdraw more than you’d like in order to meet your monthly cash flow needs. It can also impact your retirement longevity if your effective tax bracket is less than 20%. Yes, you will get a tax refund if the withholding was more than needed. But you can’t stick that refund back in your 401k!

This is detrimental because all dollars in your 401k grow tax deferred. Taking out more than you need chips away at that tax shelter. Even if you were to save that refund into a taxable brokerage account, you’d still be paying capital gains tax on appreciation and ordinary income tax on interest every single year.

The amount of excess withdrawal due to 20% withholding is likely to be small. But its still worth considering. This is especially true if you plan on funding any portion of your early retirement with a Roth IRA or Roth 401k.

Contributions can be tricky for Roth-type accounts. Roth 401(k)s still qualify for the age 55 rule for 401(k)s, but these accounts are subject to two additional rules that could make the earnings and/or principal subject to taxes and penalties. These are known as the five year rules.

Your designated Roth account must be open for at least five tax years in order for the growth on your contributions to be tax free. Its easier to see it in action.

Example 1: Jennifer is 55 and recently retired. She worked for her most recent employer for two years and contributed $20,000 to her Roth 401k and $20,000 to her pre-tax 401k during that period. Both accounts were invested identically and grew to $24,000 each by the time she retired. 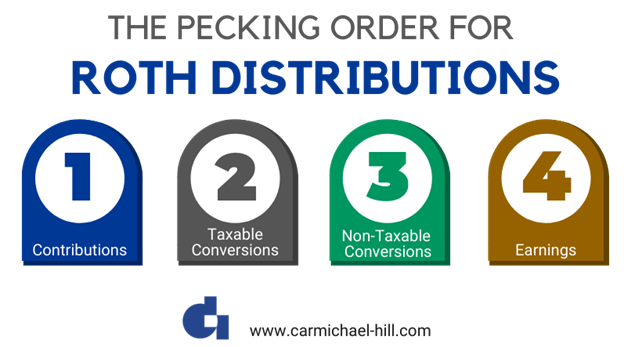 It helps that Roth money is distributed on a first-in, first-out basis from a Roth 401(k). This means that the IRS assumes she is withdrawing her contributions before the growth when she takes money from her Roth. Jennifer won’t incur taxes or penalties if she distributes just the $20,000 she put into the Roth in the first five years of having that account.

Roth 401(k)s are also viewed separately as opposed to aggregated together for purposes of this rule. This means that old 401(k) plans at other employers that may have been open for five years or more won’t help qualify this 401(k) plan. However, Treasury Regulation 1.402A-1, Q&A-4 says that the oldest plan holding period is applied if Roth 401(k) accounts are combined. So Jennifer could satisfy the five year holding period requirement for contributions if she has another Roth 401k account that’s satisfied the five year clock.

She could also satisfy the five year clock if she rolls funds into a Roth IRA that has been open at least five years. But this is bad policy. Her earnings wouldn’t be subject to tax but would be subject to an early distribution penalty since the age 55 rule only applies to her workplace retirement plan! She’s just swapping taxes for penalties if she completes the rollover and withdraws earnings.

What’s more, each conversion has its own five-year holding period! This means that some converted principal may not be subject to penalties, but others may depending on how long you’ve had the account.

He will not incur early withdrawal penalties on any pre-tax amounts he withdraws due to the age 55 rule for 401(k)s. But he will incur a penalty if he takes money out of his Roth account due to the five-year rule. Separate rule but the same consequence.

The age 55 exception is an outstanding feature for retirement plans but does require some planning. Poorly timed rollovers, distributions from Roth accounts, and mandatory withholding provisions can all pose challenges. But a little foresight goes a long way. Plan ahead, consult the right people if you’re in doubt, and move forward confidently to your retirement!